Like mother, like daughter. Kylie Jenner’s daughter, Stormi Webster, showed an interest in makeup in a hilarious new video where she tested out one of her mother’s products.

Jenner, 22, shared a few clips on her Instagram Story on Monday, October 7, of the 20-month-old child having fun with makeup. The first video showed Stormi, whose mouth and surrounding skin was covered with the lip shade, applying the product to the Keeping Up With the Kardashians star’s lips. 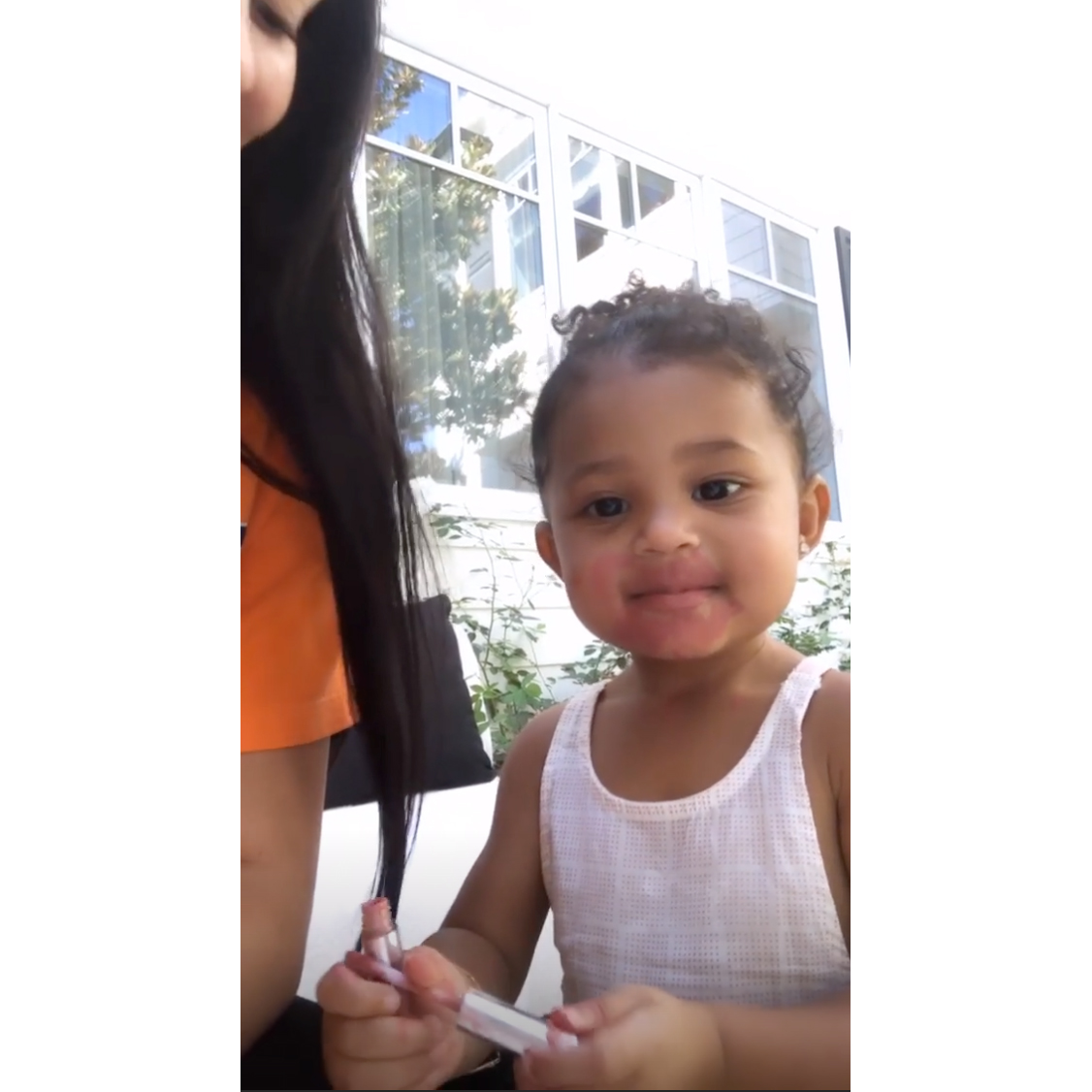 “Stormi is testing out ‘Charm’ for you guys,” she said.

“A mouth,” Stormi said in response to her mom. To this, Jenner sweetly replied, “Not in my mouth! Only on my lips!”

The next video showed Stormi playfully inserting the lipstick’s applicator into her mouth. “OK, girl. We’ve gotta take that off,” the beauty mogul said. “We gotta take it off. … She’s running away.”

The final clip featured Stormi as she ran off. Jenner then called out to her daughter, saying, “Storm.” 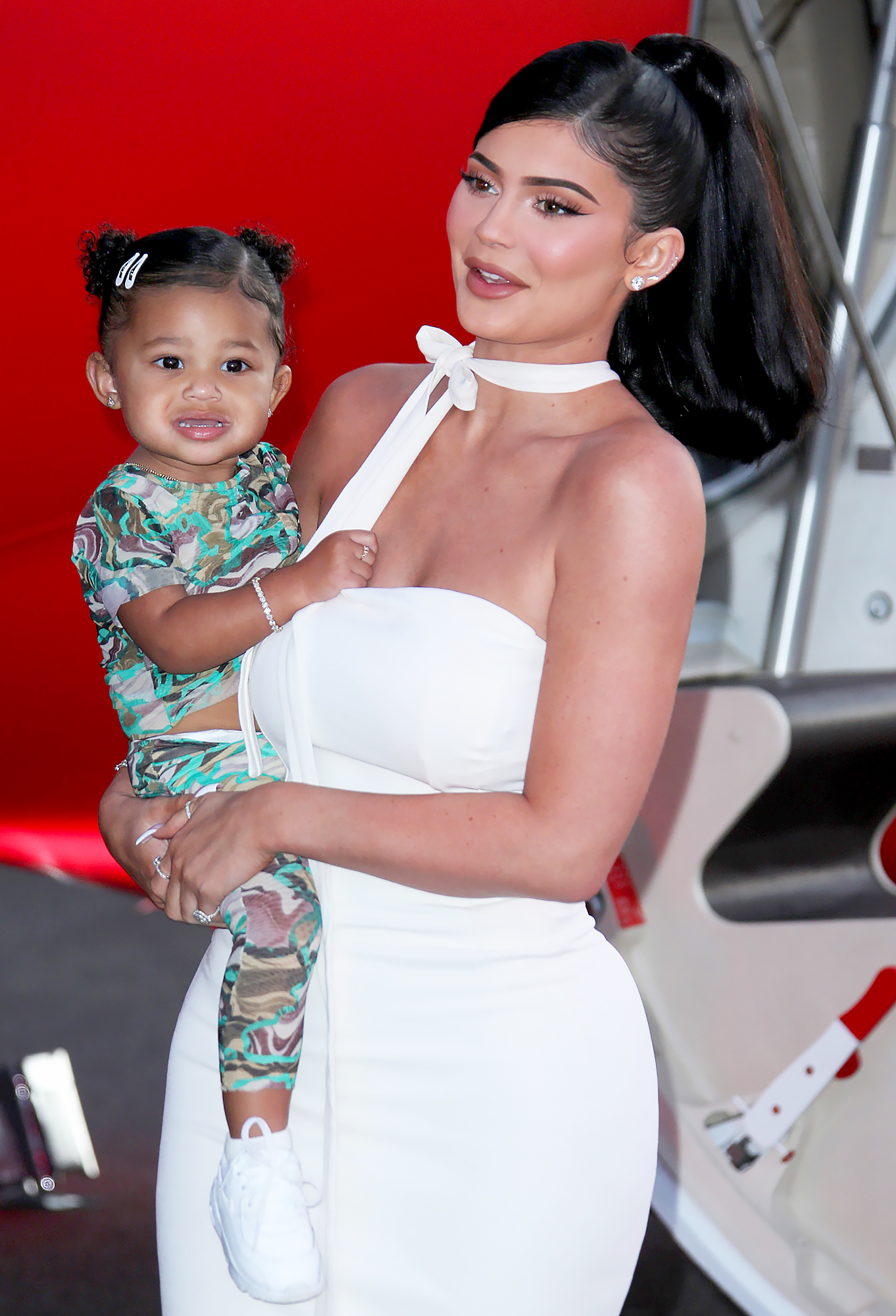 Stormi quickly turned around, holding the lipstick in her hand. The child then proceeded to apply the product to her lips once more as she walked away. “Oh, my goodness,” Jenner said. “She really is my daughter!”

In videos that followed, Jenner and Stormi were shown bouncing together on a trampoline. The young child then correctly pointed at letters, which spelled out the trampoline’s brand name, when Jenner asked which was which.

Jenner’s one-on-one time with Stormi came days after the mother-daughter pair had a fun day at the playground. During this outing, the reality star wrote on Instagram that there is “nothing better than being someone’s mommy.”

Us Weekly confirmed on Tuesday, October 1, Jenner had split from boyfriend Travis Scott after more than two years together. They welcomed Stormi in February 2018.

A source revealed to Us exclusively how Jenner and Scott, 28, plan to coparent their daughter amid their breakup. “It will be 50/50, but it’s not a point of contention,” the insider said on Wednesday, October 2. “It’s really whatever is best for Stormi. Travis knows what an incredible mom Kylie is and will make whatever situation work.”

While Jenner posted a message that she and the rapper “are on great terms,” a source told Us that their inner circle see them reconciling. “Everyone around them thinks they will get back together,” the insider said.

“They have had breaks throughout their relationship,” the source continued. “He’s been spending a lot time at his Beverly Hills house and she’s been staying in Calabasas, so they didn’t have a traditional relationship in terms of spending the night together every night.”