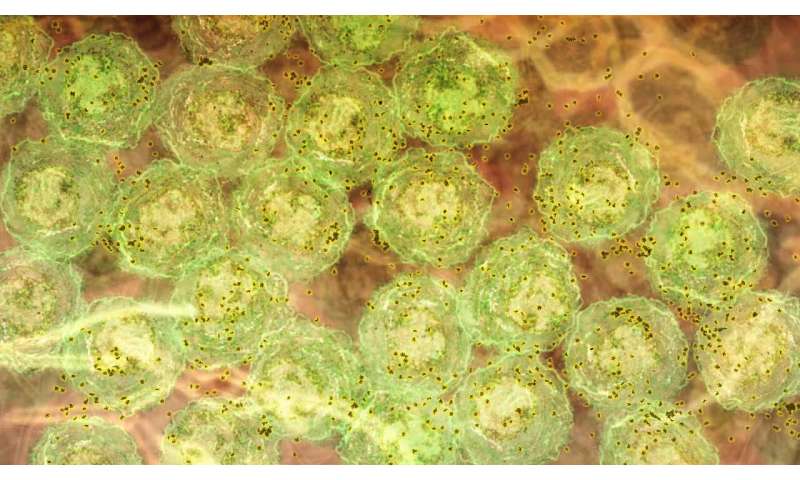 A discovery about how the immune system responds to malaria infection could lead to better treatments for hepatitis C, HIV and lupus, say Australian researchers.

The research team showed, in laboratory models, that strong inflammatory signals caused by malaria infection activate molecules that trigger the production of highly potent antibodies to fight the disease.

The same inflammatory signals are seen in human malaria infections, chronic viral infections and autoimmune disorders. This suggests the discovery could be harnessed to develop new vaccines and therapies that are better able to fight infections such as hepatitis C and HIV, and treat diseases such as lupus.

The research was led by Ph.D. student Ms Ann Ly and Dr. Diana Hansen from the Walter and Eliza Hall Institute in Melbourne, Australia, with Institute collaborators Dr. Yiang Liao and Associate Professor Wei Shi, and Professor Axel Kallies from the Doherty Institute. It was published today in the journal Cell Reports.

Dr. Hansen and her team have spent the past decade exploring how the host immune system responds to malaria infection. In the past, it was widely assumed that the parasite’s ability to evade immune detection was the most important factor in our poor ability to fight malaria infection.

However Dr. Hansen said that was only part of the story. “It is well known that an individual must continuously be exposed to malaria over many decades in order to develop protective immunity, during which time they are often sick, as well as spreading the disease,” Dr. Hansen said.

“We wanted to know what makes malaria infection different to so many other diseases, where a single exposure confers immunity for life.” 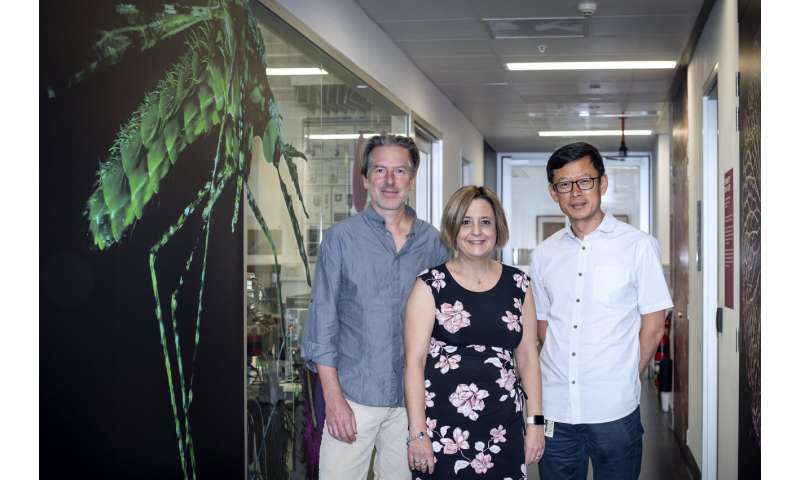 Antibodies are critical to the immune system’s ability to develop long-term immunity to an infection. In 2016, the team showed that inflammatory molecules ‘sabotaged’ the body’s ability to protect itself by hampering the action of helper T cells.

“In our previous paper, we showed that inflammatory signals activated molecules that arrested the development of helper T cells, meaning that B cells did not get the necessary instructions to make antibodies,” Dr. Hansen said.

“When we began this study, we expected to see that inflammation was also having a negative effect on B cells. In fact, we found the opposite was true. The inflammatory signals were improving the quality of the antibodies produced, by sending B cells to an elite training ground, where they underwent an exhaustive program to become ‘professional predators’.”

“What we determined was that inflammatory signals simultaneously improve the quality of the antibody response, while limiting its magnitude. So the B cells, even though they are of elite quality, are not able to have as much impact on future infections.”

A target for new treatments

Dr. Hansen said she hoped that the discovery would have a role beyond malaria. “I think this discovery is so exciting because of the opportunity it offers in treating chronic viral infections and autoimmune disease,” she said.

“We have identified the molecular ‘switch’ that drives the immune system to produce highly potent antibodies, and the inflammatory signals that influence its function. Targeting this molecule, or other molecules in the same pathway, could offer a more ‘precision medicine’ approach to treating these diseases than currently exists.”

In chronic infections, including malaria and viral infections such as HIV and chronic hepatitis C, producing very high quality, potent antibodies is critical for clearing the infection. On the flip side, B cells that are primed to make antibodies that target self-antigens—our body’s own proteins and tissues—are incredibly destructive, leading to autoimmune diseases such as lupus.